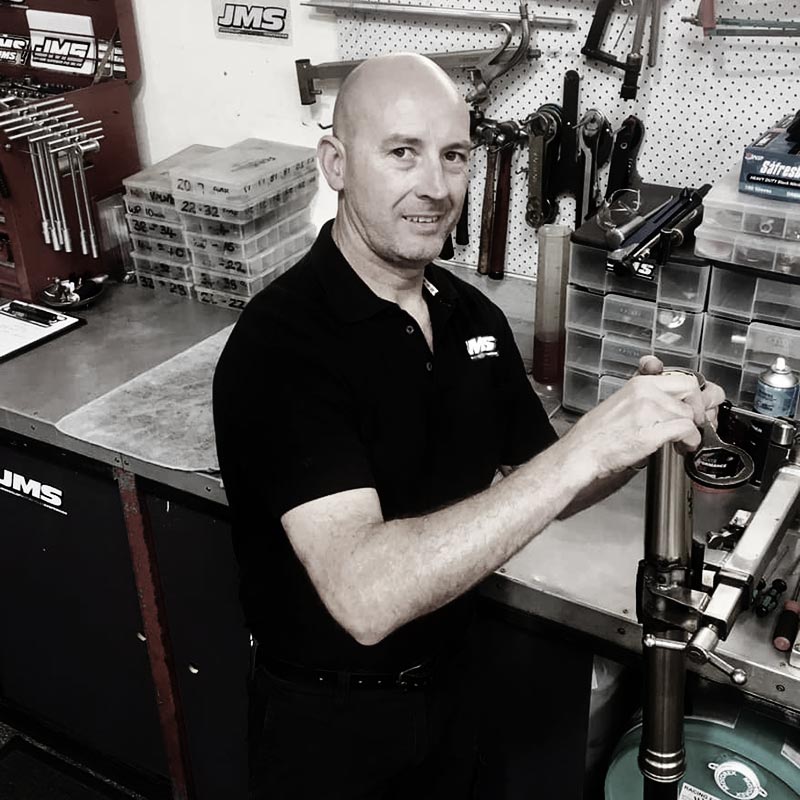 Steve’s lifelong passion for motorcycles started at a young age during visits to the track to watch his uncle Jeff race motocross. It was not long before he also started competing in the sport.

Steve raced MX from the age of 16 and ended his official racing career in 2012 in Coolum winning round 10 of the Australian Vets championships riding a factory Suzuki. During a racing career, spanning thirty years he won and placed amongst the top riders in the Western Australian State Titles, and also at numerous Australian and Indonesian championships. He has continued to develop strong networks in the sport and sponsors and mentors many young riders coming through the ranks in quite a few two wheel disciplines.

He joined Rick Gill Honda in 1988 as an apprentice motorcycle mechanic, and founded Joondalup Motorcycles in 1999 with a small workshop and then in 2006 opened a Suzuki dealership.

Today he focusses on motorcycle suspension and bike set ups for people not only in the sport of motocross but with those who have moved past racing and who ride for the love of just riding motorcycles.